In Supervised Learning, historical data is used to create a model, the model is then deployed to get predictions on future data, this called scoring.

But what if future data is unlabelled? how do we know if predictions are any good?

A good model should generalize well.

A model's performance should be measured on data that it hasn't seen during training.

A model generalizes well achieves similar performance on the training and validation data.

How well does a learned model generalize from the data it was trained on to a new test set?

The answer is: Training and Test data

A small random portion of historical data is set aside and considered as the future data, the remaining portion is called training data. Unlike future data, test data is labeled, so we can compare predictions with observed, also called ground truth. So we use the training data to train a model then we evaluate the trained model's performance on the test data (data that the model didn't see at training time).

This results in a low training error and high validation error (big gap between training and validation performance).

A model is underfitting when it performs poorly on the training data, then it almost certainly will perform poorly on the test data as well. The model is too “simple” to represent all the relevant class characteristics. This results in a high training error and high validation error.

Indicators of Underfitting and Overfitting 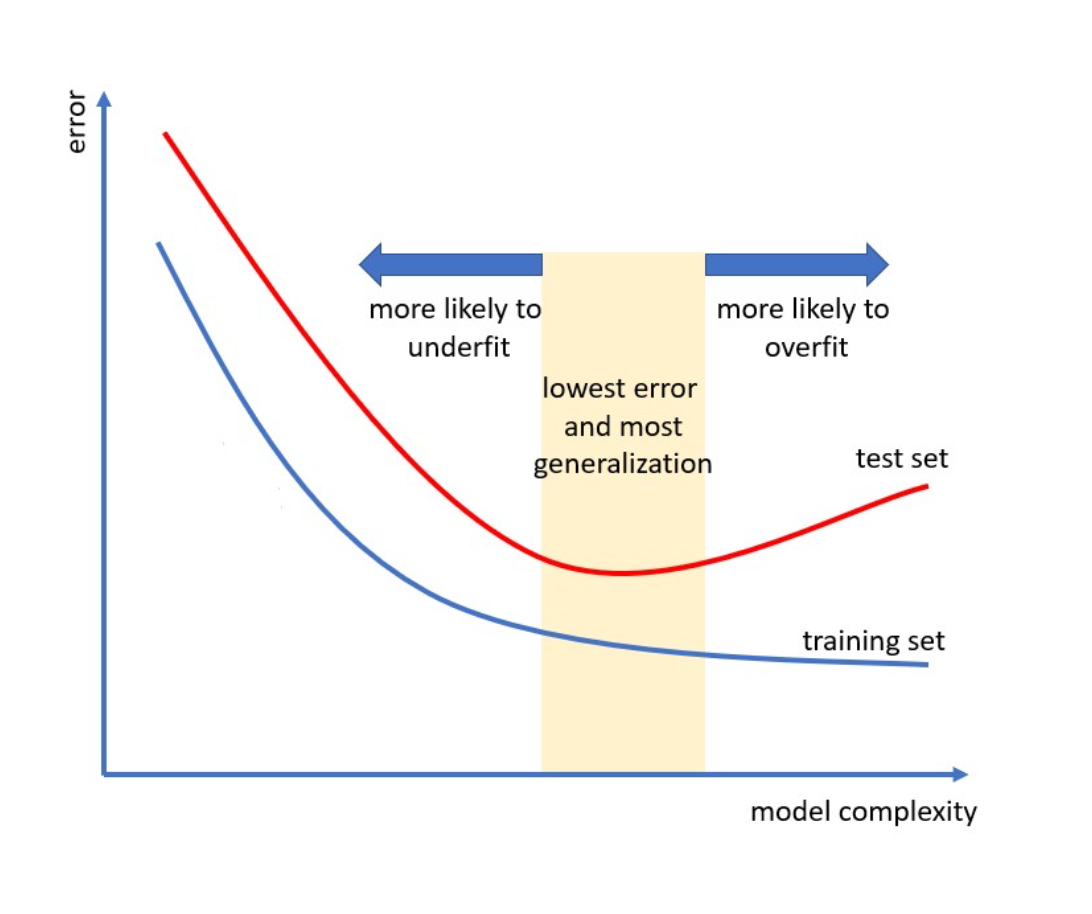 A good model is one that neither underfits nor overfits.

A model performs well during testing, but fails to achieve the same level of performance during real-world usage?

Data leakage occurs when information between the test and training data-sets is accidentally shared. Typically, this happens at splitting a data-set into testing and training sets step.

In classification problems, data sets are said to be balanced if there are, approximately as many positive examples of the concept as there are negative ones.

The problem with class imbalances is that standard learners algorithms often biased towards the majority class. That is because these classifiers attempt to reduce global quantities such as the error rate, not taking the data distribution into consideration. As a result, examples from the minority class tend to be misclassified.

Class imbalance usually implies that not all errors (misclassification) should have the same importance, so looking at accuracy (percent misclassifications) can be optimistic, instead we look at other metrics, like precision, recall, or AUC